This recipe for stuffed peppers without rice features farro, mushrooms and spinach. 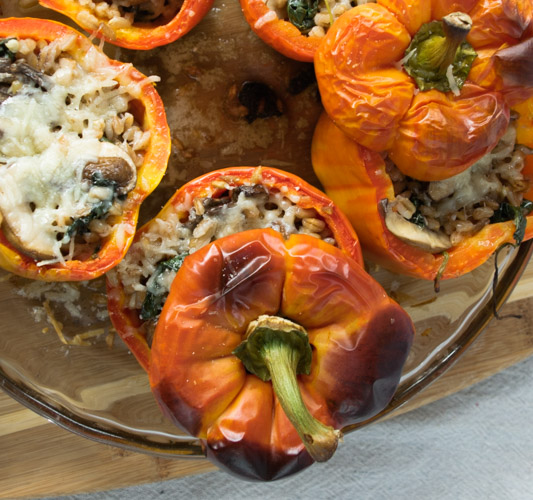 Farro is a beautiful grain and if you haven’t tried it yet, you should make it happen! Soon! Grab some next time you are at the store.

There are three kinds of farro: whole, semi-pearled and pearled. In most grocery stores in the United States, you will find the pearled kind, which requires less cooking time and no need for soaking. If the brand you find doesn’t specify what kind of farro they are offering, it’s probably the pearled kind.

Farro is very hearty, it hits nutty tones and has a chewy texture. It’s quite addictive.

First time I cooked it was a recipe by Michele Scicolone, Farro with Brussel Sprouts, Sage, and Garlic. I was sold! After that, I’ve made dozens of other dishes with this grain.

There are many ways you can cook farro. You will find dozens of farro recipes online, since it has becoming more popular between homecooks.You can eat it as risotto, in a salad (warm or cold), in soups, and even desserts. Laura B. Weiss from the Kitchen Window, recommends to layer cooked farro with roasted fruit and yogurt! Swoon! Such a classy dessert! No matter how you enjoy your farro, it will soon become a staple ingredient in your pantry, if it already isn’t!

And if you want to know, Farro is a high-fiber grain, rich in iron, protein and B vitamins, among other nutrients.

Here we provide just one of the ways you can cook farro, by making stuffed peppers!

First, we toast the farro and then cook it in water infused with onion, garlic and bay leaf. 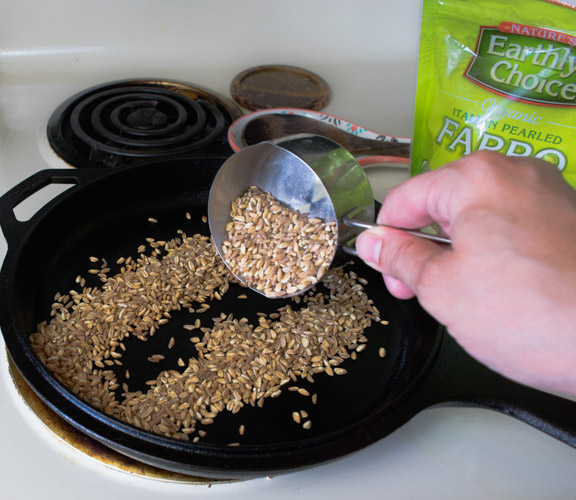 Drain and mix with mushrooms and spinach sauteed with garlic… 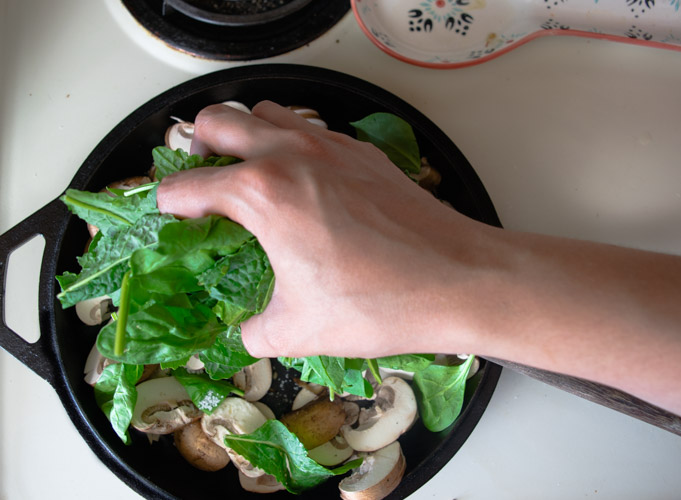 …and some parmesan cheese. 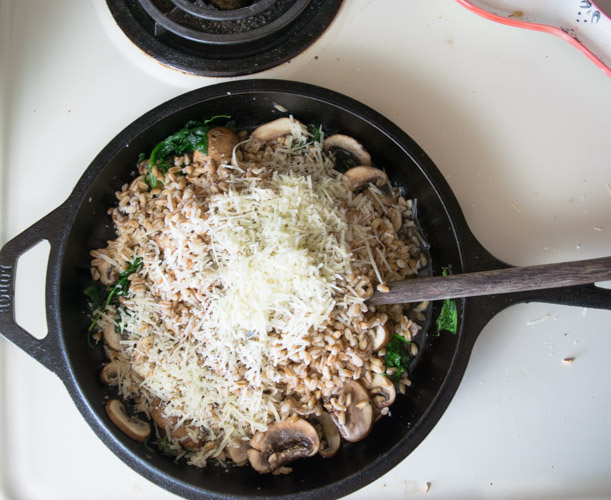 Fill the peppers with this farro stuffing, bake and enjoy by itself or accompanied by a salad. 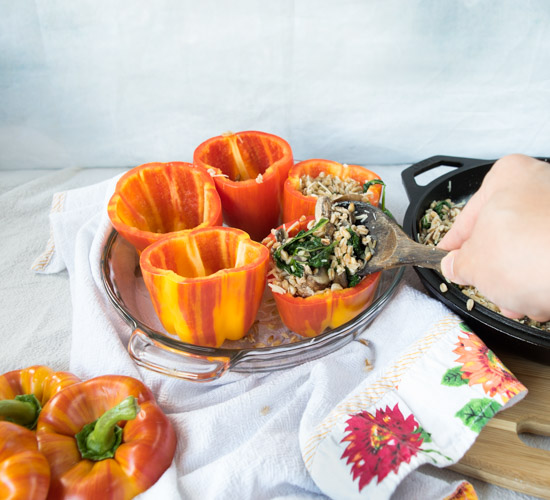 I like to make this ahead and leave it in the fridge and bake it at night, after a busy day. 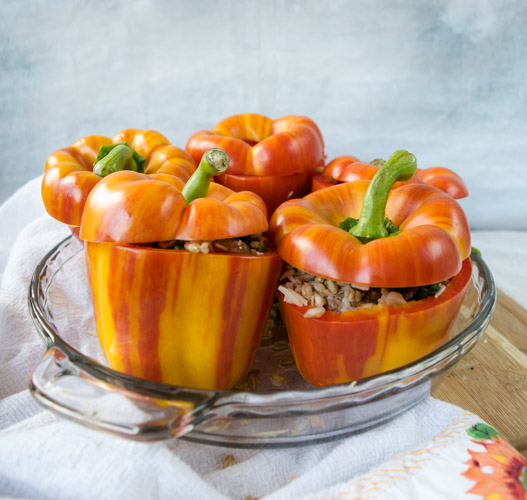 Everyone is ensured a hearty and satisfying meal, that is healthy and so good for you 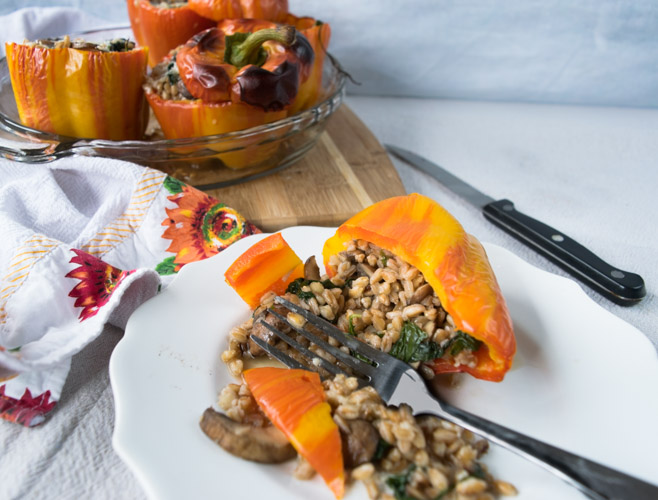 Learn how to cook this grain that is rich in nutrients and full of flavor and step your cooking game up! 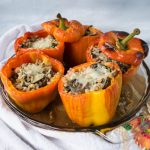 This recipe for Farro Stuffed Peppers is very simple and the results are impressive. Serve it alongside a salad or a protein such as baked fish or steak.

Choose peppers that have somewhat of a flatter bottom so they will be able to stand a little better.

For other options, you could add to the filling, fried and crumbled bacon, feta cheese crumbles, or anything else your little heart desires, vegetables, meats, possibilities are endless.