Eggnog Cupcakes are a festive treat loaded with Christmas flavors! 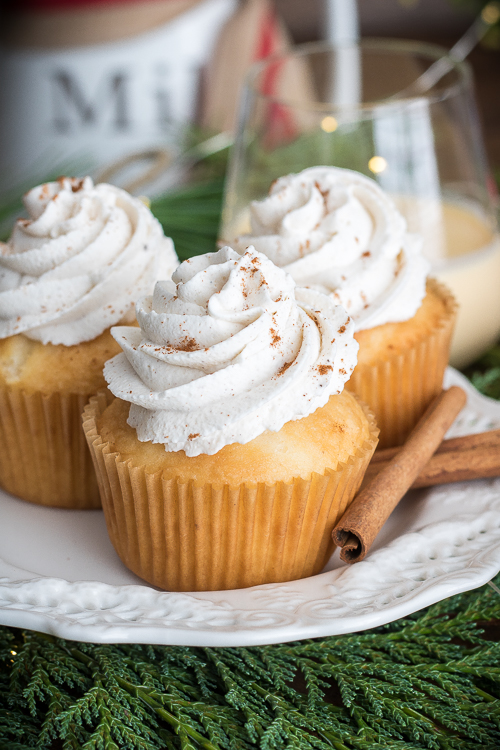 This eggnog cupcake recipe is super easy even though the directions might make you think twice about making it. Trust me, these cuties are worth it!
These cupcakes have three elements to them, the cupcake, the filling, and the topping. The cupcake is made with a boxed white cake mix where I have added eggnog to the mix, you can still make eggnog cupcakes from scratch by substituting your favorite white cake mix, adding eggnog for the liquid. 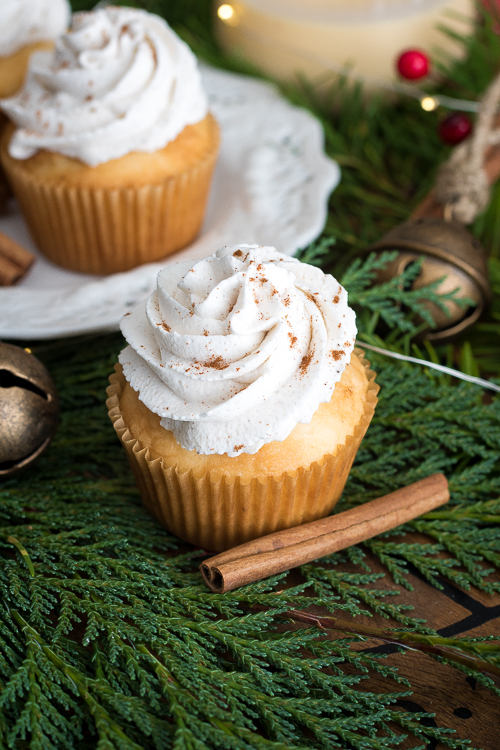 The filling is a homemade eggnog pudding. To make this step a little easier, feel free to use a boxed instant vanilla pudding mix, but use eggnog instead of the milk!
I used a cinnamon whipped cream for the topping with a garnish of ground cinnamon to bring everything together. Again, you can use whatever frosting you prefer for the topping.
I used a stabilized whipped cream because I wanted to keep everything about these eggnog cupcakes light and airy. 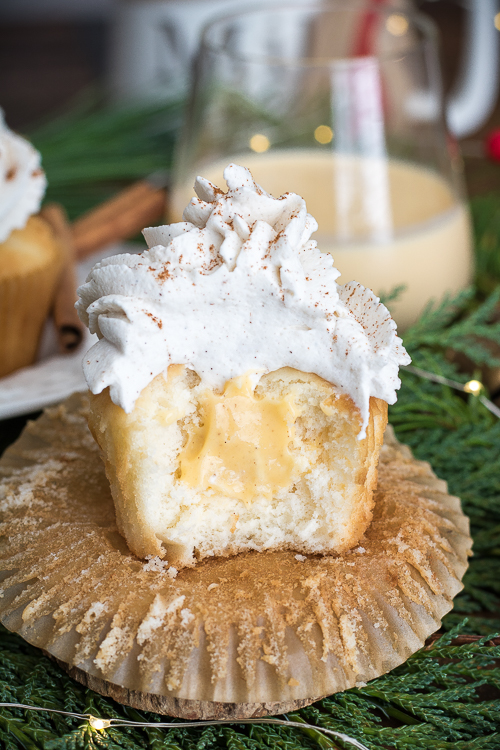 - So, with three separate elements to these cupcakes, just work on one at a time and you’ll be good to go!
- First, make the eggnog pudding so it can set up in the fridge, which takes three hours. While that is setting up, make the cupcakes, they have to cool completely before filling and frosting but that three-hour wait will be plenty of time.
- Last, right before serving, make the whipped cream, top filled cupcakes with the whipped cream, garnish with cinnamon or nutmeg and you’re done! 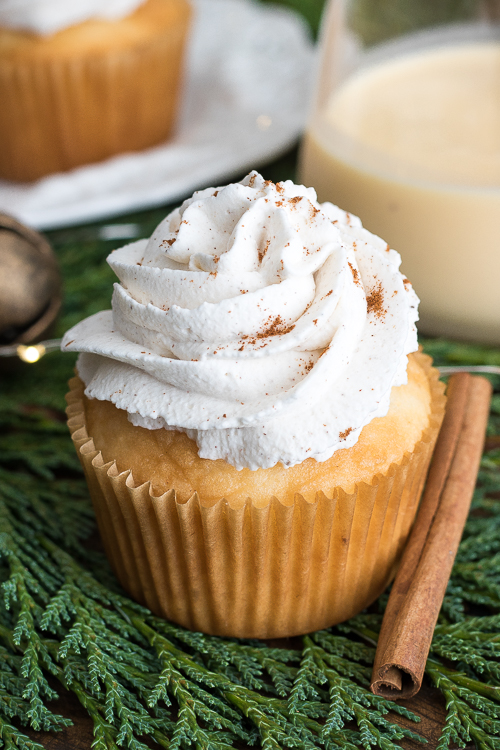 How do you fill the cupcakes?

Super simple, fill a pastry bag with the pudding, put a medium to large sized round tip on the bag. Press the tip into the cupcake so it is about 1/2 inch in, squeeze the bag slightly and you will be able to see the cupcake plump up a bit, fill to the edge and that’s it! 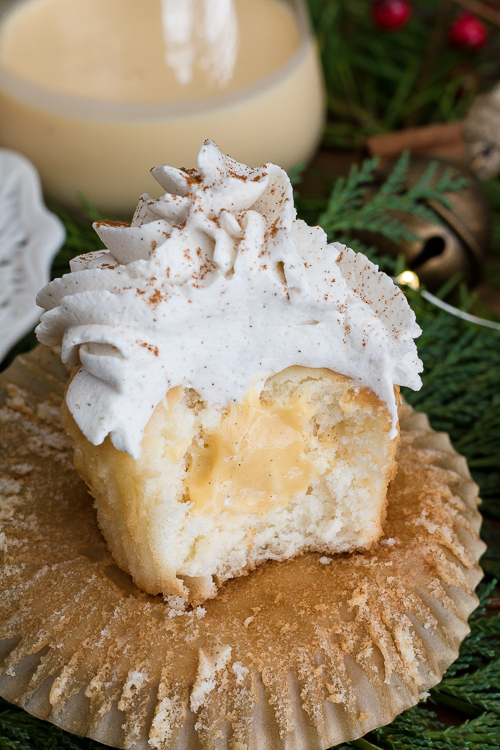 One little note about the cupcake batter. When making the batter, you might think you have done it wrong. The consistency ends up being a little bit like marshmallow fluff, that’s how it’s supposed to be! This makes a super, light and airy cupcake!

This might not happen with a homemade white cake recipe though, but it will with a boxed mix.

I really hope you enjoy today’s recipe! Please stop by my blog, https://ThisSillyGirlsKitchen.com for even more yummies! 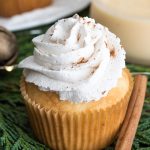 I suggest starting with making the filling, then the cupcakes, then the whipped cream. The pudding filling needs to set up in the fridge for 3 hours before filling the cupcakes.